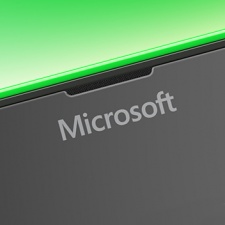 With Microsoft plans to dump the Nokia brand across its Windows Phone line-up now public – Microsoft Lumia now the moniker of choice – the most recent financials from the American giant reveal sales are on the up.

The news is coupled by a boost for its Surface range, too with sales hitting $908 million across the quarter, up from $400 milion during the same period last year.

However, Microsoft is yet to give any information on whether Surface is a profitable business just yet, despite the dramatic rise in revenue.

The Nokia acquisition and restructuring expenses (the latter coming in at $1.14 billion) mean that the firm's operating income fell from $6.3 billion to $5.8 billion.

“We are innovating faster, engaging more deeply across the industry, and putting our customers at the center of everything we do, all of which positions Microsoft for future growth,” said Satya Nadella, chief executive officer of Microsoft.

“Our teams are delivering on our core focus of reinventing productivity and creating platforms that empower every individual and organisation.”

Looking ahead, it's expected Microsoft will use the Nokia brand for non Windows Phone handsets in emerging markets like India, with senior VP of marketing for phones Tuula Rytilä claiming that the company will “continue to sell Nokia-branded, entry-level category of phones, such as the Nokia 130.”

Indeed, Microsoft only purchased an 18 month license to use the Nokia name on smartphones, though it has “licensed the Nokia brand” longterm for other handsets.