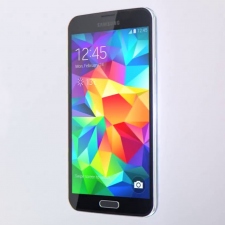 Samsung and Apple continue to dominate the smartphone market, though smaller Android vendors are slowly beginning to expand their share of the pie.

That's according to figures released by IDC which, based on shipments across Q3 2014, suggest Samsung and Apple control just under 36 percent of the worldwide smartphone market, well ahead of the competition.

That's down, however, on the combined market share of more than 45 percent the two boasted during the same period in 2013.

Indeed, Samsung's market share has fallen by almost 9 percent year-on-year, with shipments also down from 85 million during the same quarter in 2013 to 78.1 million now.

“With continued competitive pressure from nearly every side coupled with cooling demand for its high-end devices, the company's volumes have fallen from their previous highs at the start of the year,” said IDC of the results.

“Although Samsung has long relied on its high-end devices, its mid-range and low-end models drove volume for the quarter and subsequently drove down ASPs.”

Apple's shipments, in contrast, rose from 33.8 million to 39.3 million thanks to a blockbuster opening for iPhone 6 and iPhone 6+, as well as “sustained demand for its older iPhone 5S and 5C models, which comprised the bulk of its volume for the quarter.” The firm's market share nevertheless declined, falling by almost 1 percentage point to 12 percent thanks to the growth of overall smartphone shipments.

Best of the rest

Perhaps more interesting, however, is the fact that all the other OEMs in the top five saw their market share rise – Xiaomi, Lenovo and LG all on the up thanks largely to sales in Asian markets and comparatively budget handsets.

"This shows that there is still room to compete in this market, whether it be in the low end as Lenovo has done, at the high end where Xiaomi competes, or in both as LG Electronics has shown. Beyond the top five, there are a number of other vendors achieving similar results."

Noticeably absent from IDC's sweep are Android stalwarts HTC, Motorola and Sony, meaning they both now account for less 5 percent or less of the market each.