Alleges Kill Shot is a direct rip off 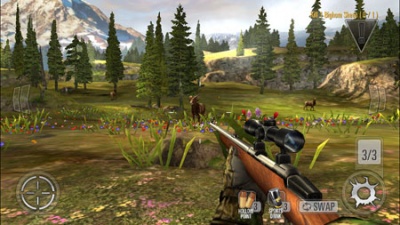 It may not feature any deer in it whatsoever, but it's Glu Mobile's belief that Hothead Games' Kill Shot is a direct rip-off of its own hit Deer Hunter 2014.

The company has filed a federal lawsuit against the Vancouver-based developer in San Francisco, claiming Kill Shot violates copyright and trade infringement laws.

“We think they spent months replicating our game,” Akhavan said.

“We have never initiated a lawsuit like this, and have never seen anything on this scale. We are also puzzled why they chose to go this route. It’s shocking how they went about it.

“They are a top-grossing game, so obviously their copying and cloning of our game has been successful.”

Glu has hired lawyer Jennifer Lloyd Kelly – who handled King's case against 6waves – to argue Hothead “reskinned” Glu's game to such a degree that the gameplay is identical, even if the images look different.

Glu also believes this is creating consumer confusion, with many confusing Kill Shot for a Glu-published game.