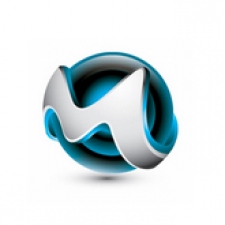 The firm wants to capitalise on its position within the industry by working with developers to use its user acquisition and marketing expertise.

The Invest+Publish program, which gives developers the change to begin a strategic relationship with Midverse Studios, should help the Mountain View, CA outfit identify new innovative mobile developers and, ultimately, assist them in bringing their apps to the global market.

The company is focusing its help in three main areas.

The first two developers to take part in its Invest+Publish program are Boston studio Disruptor Beam (Game of Thrones Ascent and Star Trek Timelines) and Vancouver-based Imaginary Games, which is currently working on CCG Afterland.

As part of the program, Midverse has signed a multi-title publishing deal with Imaginary Games, and has invested in the company and joined its board.

Mitch Lui, co-founder and president at Midverse, believes emerging developers need more help if they're to reach their full potential.

"The mobile gaming eco-system has become very crowded, and for emerging developers to reach their full potential," he explained.

"They need help - not just financial, but also strategic - and existing mobile publishers aren't doing the job. The traditional publisher-developer model focuses on short-term one game ROI and not on long-term studio success."