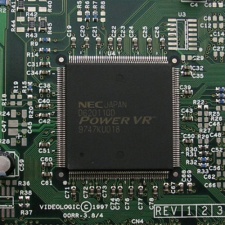 Imagination Technologies is no stranger to smart gear.

Its graphics processors have been found in iPhones and iPads for a long time, and it seems the company has been paying close attention to the burgeoning wearable tech market.

A new range of GPUs has just been announced that promises a significant graphics boost to your body-mounted tech.

PowerVR Series 7 inside everything

The new Series 7 chips are ubiquitous beasts, it seems. Being particularly low powered and boasting a small footprint has made them ideal for wearable technology, which is the main focus of the lower end of the graphics processor range.

After all, it seems that $200 is the upper price  limit the consumers say they are willing to pay for such devices so Imagination's claim the architecture offers "best performance per mm2 in the industry" is an important one, if true.

The intention is to also see versions of the new series also driving the graphics for computers, smartphones, consoles and even servers.

The new Series 7 chips have a particular skill for visual elements, apparently, and have been touted as particularly useful when it comes to functions such as image recognition and object detection, making them a strong contender for use in smart glasses.

Cloud-based video streaming also falls under this particular graphical unmbrella, making the new PowerVR architectures an important step in the next iteration of wearable tech.

The current generation will determine exactly what kind of graphical processing we want and need from such devices, at which point the chip manufacturers will evidently be ready to deliver low-powered, high resolution video wherever it's required.

According to Imagination, its new GPU designs could be appearing in devices as soon as 2015.