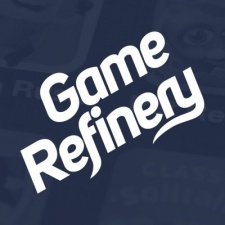 By using Game Power Score, it believes that developers will be able to accurately predict their game's performance on app store top grossing charts, giving them an indication how much of a risk any given project will be while - perhaps more importantly - advising them which areas need improvement to meet industry norms.

Over the past six monthy, GameRefinery has analysed hundreds of games, and say the Game Power Score has a hit rate of roughly 80 percent; although to-date the process will have been mainly retrospective.

Like a more powerful version of the Monetizer approach that PocketGamer.biz's Jon Jordan has been experimenting with in recent years, a Game Power Score is an index value between 0 to 100, and will be assigned to a game after the tool has analysed the combined effects of over 140 variables.

Once mapped, the variables, which are divided into eight themes such as in-app purchases, social elements, and retention features, are used to assign a Game Power Score indicative of the game's top grossing potential.

GameRefinery CEO Markus Råmark has explained that, crucially, all scores will be objective and factual.

“In mature industries prescriptive analytics have been used successfully for a longer time, and with Game Power Score analysis we bring the similar type of approach to the game industry," he said.

“The analysis is based on market data, so it offers objective, unbiased information not based on opinions but on facts and benchmarks.”