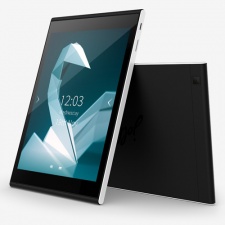 Following Nokia's announcement of its Android-powered N1 tablet comes news of another Finnish-designed tablet looking to disrupt the market.

Keeping with the Nokia theme, Jolla - which was set up by a group of ex-Nokia staff - has opened the doors to its crowdfunded Jolla tablet.

The campaign is running on Indiegogo and is based around a good hardware spec: 1.8 GHz Quad Core Intel processor, 2GB RAM, 32GB memory, 7.9-inch 2048x1536 display and a 5MP camera.

The OS will be Jolla's proprietary Sailfish OS, which has "Android application compatibility".

The campaign had already reached its funding goal of $380,000, with the current total pledged being $530,000 at time of writing.

In terms of why you might want the tablet, Jolla is highlighting its OS' multitasking abilities, high level of privacy as well as its customisation options; something Nokia also highlighted in its pitch for the N1 tablet via is Z Launcher software.

You can check out the product page here or the Indiegogo page here.

Off the back of $1.8 million Indiegogo tablet campaign, Jolla total funding reaches $42 million

Announcing its N1 tablet, Nokia looks to create an Android iPad for China and beyond

The big break out: Jolla partners with 3 to make move on Asia