Another level of data added to VR immersion possibilities 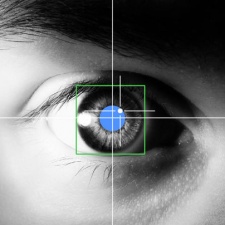 German eye tracking specialist SensoMotoric Instruments has announced its entry in the VR realm by adding its technology to Oculus Rift DK2.

SMI has already developed its own head-mounted devices for eye tracking purposes, so it seems like a natural fit for a virtual reality HMD add-on.

Binocular eye tracking adds up to six new levels of data collection about the wearer, which allows a game or application to not only tell which direction the user's head is pointing, but what they're focusing on within the virtual world.

Apparently this could be put to use in delivering a far great depth of immersion, by not only allowing software to detect gaze, screen distance and eye position, but by feeding data back into the software system to add more precise or natural input options.

Already a lot of VR software makes use of a head-stationary reticle for input selection, but the addition of eye tracking could make that a much more accurate and usable system.

The user could look at a button or object without making much in the way of a head movement, and still be able to select it, for instance.

To help VR developers integrate such a system, SMI offers an SDK - Vizard VR - that's already compatible with the likes of Unity.

It's a niche function within a niche industry, so there's probably little call for VR eye tracking from the outset. But it's not impossible to imagine such technology finding its way into later generations of virtual reality HMDs, once the concept has found its feet.