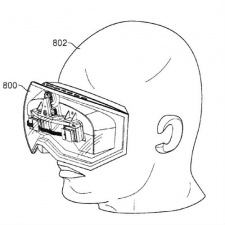 A new job posting over on Apple's developer website points toward Cupertino's entry into the virtual reality race.

The listing is a request to hear from software developers with experience in 3D graphics and 'virtual reality systems.'

"This engineer will create high performance apps that integrate with Virtual Reality systems for prototyping and user testing," the job posting states, and qualifies this with a need for 3D graphics programming, familiarity with virtual and augmented reality development and the ability to "understand engineering analysis of complex systems."

Otherwise known as a VR headset, we suspect.

This latter aspect could tie in with patents filed by, and awarded to, Apple way back in May 2008 for a VR-like headset. At the time, Apple avoided actually saying virtual reality, instead referring to the patent as a "goggle system for providing a personal media viewing experience to a user."

This predates the current expolsion in VR interest that began with the Oculus Rift Kickstarter campaign, and was presumably shelved by Apple at the time.

Given the current excitement surrounding virtual reality - including a lot of systems that are using iPhones and other smartphones as an integral component - it seems Apple might be getting ready to blow the dust off its VR plans.