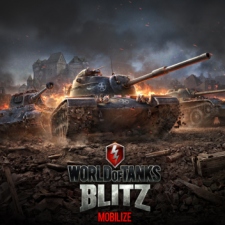 [Updated: The 500,000 iOS installs have been directly driven by dmg's campaign. Total iOS downloads for World of Tanks Blitzis now over 10 million.]

It's been working with digital advertising company dmg since May to promote the iOS version of the game, which has resulted in around 500,000 installs of the 1.4 GB game.

And the two companies will be working together again as World of Tanks Blitz is launched on Android.

Dmg will first launch the UA campaign in the USA, Canada and Australia, before expanding into Latin America and the Middle East, where a localised Arabic release of the game is planned.

"We chose to keep working with dmg, as for over half a year now they have been providing excellent service for us," commented Wargaming's advertising manager Julie Stepuro.

"Dmg's app promotion managers have guided us every step of the way and are delivering results that are to our satisfaction while maintaining a very good work relationship and communication."