Glu hopes to prove you can never have too many Kardashians in Kim Kardashian: Hollywood

Kourtney and Khloe set to make their entrance 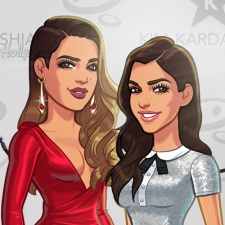 It's often said that user acquisition is now so expensive that only the biggest companies can afford to buy large volumes of users for their games.

That may be the case, but UA is actually so expensive (or so lacking in transparency) that even the big companies are looking for other ways to find large number of users; particularly users that have some sort of emotional attachment to their games.

The result throughout 2014 has been the rise in the power of brands, with the signature example of unlocking synergies being Glu Mobile's Kim Kardashian: Hollywood.

But the year is not yet over and so with the holiday season upon us, Glu is continuing to make the most of its Kardashian opportunities, and adding new content to the game.

Hence following the recent in-game arrival of the Kardashians' manager Kris Jenner, Glu has now announced that Kardashian siblings Kourtney and Khloe will also be making their appearance before the year's end.

Kourtney will be unlocked on 19 December with Khloe turning up on 26 December.

It's a smart move in terms of ensuring strong engagement with existing players during a period of the year containing plenty of leisure time, not to mention attracting new players who have just unwrapped consumer electronics and who will be attracting to a known celebrity.

Which just leaves us wondering when Kanye and North will show their faces?