We were uncompromising about the games we wanted to make 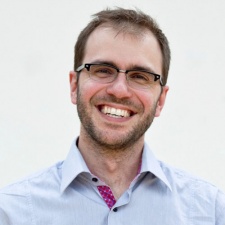 The role of being a game developer is difficult and multi-faceted.

On one level you have to be both passionate about the creative experiences you want to make and share with others, but you also need the determination and skill to work hard over long days and months to bring that minds' eye experience into fruition.

And more than this, even the smallest, most indie indie developer needs to generate some real-world rewards to pay the bills.

Banks and supermarkets still do not accept critical acclaim or Metacritic scores in lieu of cash.

It's the interaction of these two elements that indie Lucky Frame cites as being the reason the three-man team isn't going to be making any more games together.

"We've decided to move on. Lucky Frame is no longer working on any games, and won't be releasing anything in the foreseeable future," says founder Yann Seznec in a blog post.

We've decided to move on. Lucky Frame is no longer working on any games.

"This was a very hard decision to take. I am enormously proud of the games (and other projects) we made.

"I believe that they were fun, original, and they explored some new ideas. We got amazing feedback on everything we made, positive and negative, which helped us grow creatively and learn from our mistakes and our triumphs.

"We developed a community of followers and fellow creators who motivated and challenged us, and our work evolved accordingly. Our last commercial release, The Nightmare Cooperative, is almost certainly our best game, albeit our lowest-selling.

Indeed, Seznec says the mere 7,000 sales across mobile and PC generated by the $3.99 The Nightmare Cooperative proved to be the catalyst for the team to split up.

Talking about success in its widest sense, Seznec commented "I must agree that Lucky Frame is successful, though perhaps on a scale of success that can not be measured by money".

And, in the long run, he says that this situation, combined with his lack of a "burning desire to sell games" that led to the decision to dissolve the outfit.

"My primary concern has always been to make creatively interesting work," he said.

"I have never been interested in growing Lucky Frame - for me the studio was entirely about creative output, and as such I devoted far more time making things than trying to sell them."

And it's in the context that Seznec hopes that the creative spirit the company has bought to its game-making will live on as it focuses on experimental game events and workshops in future.

You can read the statement here.