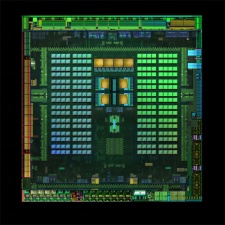 Nvidia has claimed a console-quality-graphics-on-mobile milestone with the unveiling of its new Tegra X1 chip at the Consumer Electronics Show in Las Vegas.

Still, Nvidia is only the latest company in a string of corporations to make the coveted statement that console graphics can be rendered on mobile devices. Indeed, it's been promising such a shift for years.

So how does the Tegra X1 stand out?

First, it’s built on Nvidia’s Maxwell PC architecture – that’s the same architecture used in desktop GPUs including the GTX 980 and GTX 970. It also packs a 256-core GPU (equal to a GeForce 830M) and sits on top of an 8-core ARM-based central processing unit.

In layman’s terms, that all adds up to a chip that pumps out an entire teraflop of computational power. That’s a lot of power.

The key thing, however, that makes Huang’s console-grade claim different from the rest is that the unveiling was twinned with a demo of Unreal Engine 4 Elemental tech demo running on the X1.

This was the video that set the bar in 2012 for what developers could achieve in next-gen consoles, with the demo originally requiring 300W of power to run.

Huang claimed on stage that the Tegra X1 can run the demo at just 10W.

It’s certainly an interesting advancement, and the demo video (see below) proves that Nvidia is not just making yet another sweeping claim.

Still, the chipmaker will have to work hard in 2015 to crack the mobile games market, with Qualcomm Snapdragon hardware dominating Android devices and Apple favouring its own custom A8 chips, which use Imagination Technologies GPUs.