A Grand Adventure: 80 Days shortlisted for three awards in IGF 2015 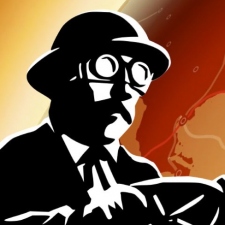 In three months’ time the Independent Games Festival will open six little envelopes celebrating the best in indie games development, but for now IGF has announced the names of the nominees jostling for first place.

Interestingly, the names in the hat for this year’s IGF Awards are a refreshing mix as mobile games stand shoulder to shoulder with desktop game development.

It’s a big step forward from the first winner way back in 1999 - a PC game called Fire and Darkness (which, ironically, was never actually released.)

Since those bygone days mobile has proven itself a force to be reckoned with, popping up in awards ceremonies across the industry from 2010 onwards.

Now in its 17th year, IGF is continuing to prove that good games are good games whether you play them on a desktop or a tablet.

The best of the best

UK developed 80 Days is a clear favourite given the fact it’s been shortlisted for three different awards including Excellence in Design, Excellence in Narrative, and the Seamus McNally Grand Prize.

You can read our Making Of article here.

Meanwhile, familiar faces from the App Store charts Oquonie, Framed, The Sailor’s Dream, Bounden and Desert Golfing have also all been inked into various categories.

You can read the full list of nominees over on IGF’s main site before the winners are announced at the official International Games Festival Awards on 4 March at GDC, San Francisco.