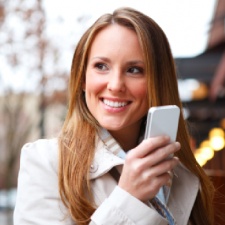 It’s a classic case of you scratch my back, I’ll scratch yours when it comes to YouTube and gaming.

Games videos have quickly become a staple of the media sharing site, while in symbiosis YouTube has become the go-to platform for any gamer worth their salt.

Now, Google’s pop culture and gaming insights lead, Gautam Ramdurai, has revealed that six of the most-viewed YouTube channels in the US are game-related.

It solidifies gaming's position as a cornerstone of YouTube's business, a fact that makes Ramundurai’s other revelation that YouTube’s fastest growing gaming audience is women over 25 particularly interesting.

“Viewership among women has doubled year over year, and women over the age of 25 are the fastest-growing demographic for gaming content," he revealed in a recent post on the Think With Google blog.

"YouTube data tells us that both men and women are spending more time per video with gaming than in any other content area. Women, however, are spending slightly more time watching each gaming video than men are."

Google’s statistics build on research (PDF) carried out by ESA in April last year, which revealed that the gap between male and female gamers is closing in the US.

According to its survey, 48 percent of US gamers are female, only fractionally less than the 52 percent that are male.

It’s important information considering Ramunarai also added that “more than 20” of the top 100 YouTube channels worldwide (by subscriber numbers) are about gaming.

To put that in greater perspective, YouTube viewers type PewDiePie’s name into the search bar as often as they do Eminem or Katy Perry – resulting in his weighty 32 million subscriber following.

Understanding the viewers of these videos is key to implementing strong ad campaigns and monetisation policies.

With surveys like ESA’s finding that adult women gamers outnumber male gamers under the age of 18, the evidence suggests that stereotypes throughout the industry are being disrupted.

Rise of the YouTuber: An opportunity too good for developers to turn down?