Apple has set the bar high for this year 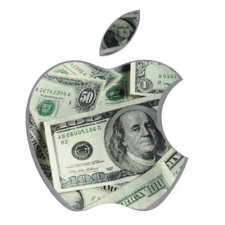 The latest figures from Apple have revealed that it came roaring out of the blocks for 2015.

According to a statement on its press page, the first week of January saw Apple set a new record for billings as "nearly half a billion dollars" were spent by global customers on apps and IAPs.

The Financial Times has suggested that that this may indicate the strong growth of iPhones and iPads throughout Asia.

It’s the cherry on top of a steaming Apple profit pie. Since its launch in 2008, Apple has racked up revenues of more than $35 billion from apps.

Bite of the Apple

Currently more than 1.4 million apps and games exist on the App Store, 725,000 of which are designed for iPad.