How will EU regulation affect mobile? 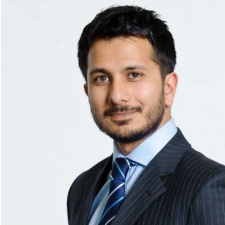 Speaking on stage at Pocket Gamer Connects London 2015, Jas Purewal of Purewal & Partners shone some light on the changes in the free-to-play legal landscape.

The founder of a digital entertainment law firm, Purewal was keen to highlight that his insights should not be taken as a concrete guide to EU F2P regulation. Instead he stressed that his talk aimed to provide “a flavour” of the key legal issues that the industry is facing.

In that vein, Purewal claims that three distinct matters are currently calling into question whether existing regulation of mobile games within the EU is going far enough.

The first concern revolves around children’s usage of mobile platforms. Games for children are twinned with particularly restrictive regulatory guidance, though Purewal warned that regulators have provided no clear rules on what they believe constitutes a game for kids.

For example, an IP with cartoon-like graphics, bright colours, and simple gameplay could be construed as a game for children – regardless of whether its target audience is the adult market.

The second matter concerns the triumph of the F2P business model in the west. Titles like Candy Crush Saga have dominated the charts, with King's match-3 game alone raking in 348 million unique users a month.

Clearly these companies are enjoying astronomical success, but lawmakers are beginning to suggest that these sky-high numbers should be matched by increased regulation.

Finally, Purewal argues that there is a rising need to protect consumers in an online world. With increased concerns over privacy, he suggests that getting the wording of your game’s terms and conditions correct is vital.

Other ways regulators want consumers to be protected include having all transaction processed in-store, not in-game. According to Purewal, this is “part of a requirement to ensure a separation of ‘commercial intent’ from ‘gameplay’.”

We asked Rami Ismail of Vlambeer what, from a developer’s perspective, increased EU regulation would mean for the industry.

“I agree that developers need to communicate clearly in terms of what they’re making, but I’m very much in favour of as little regulation as possible,” he said.

“Legislation is what happens when we fail as an industry to regulate ourselves.”

Purewal’s full presentation from Pocket Gamer Connects is below

Jas Purewal on the business and law of eSports