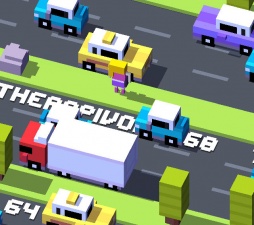 Hipster Whale, the studio behind Crossy Road, has shone light on its decision to employ Unity Ads as part of its free-to-play monetisation strategy.

In a post on the Unity Blog, the studio revealed that it has grossed over $1 million from Unity Ads alone on iOS.

Interestingly one half of the Australian developer duo, Matt Hall, said that while he wanted to try to create a mobile game that could generate enough revenue to finance future projects, free-to-play was their first choice.

He explained that “We wanted it [Crossy Road] to be free, so that everyone has a chance to play.”

“I played Disco Zoo and thought that video ads were a really good way to earn money without getting into people’s faces. We just needed to figure out a fun reason for players to watch them,” Hall said.

For Hipster Whale, the answer was giving players the opportunity to earn extra coins by watching ads. These coins can be used to buy new characters, but those characters can also be bought with real money or simply with coins collected in the game.

By giving players a choice, Andy Sum explains that they tried to make Crossy Road as transparent as possible. “We didn’t want any consumable purchases, we wanted to do something that everybody could pay a little bit for if they wanted to, but where it wasn’t necessary to keep paying.”

To rake in all the cash

Hipster Whale decided to use Unity Ads to enable this strategy, and according to Hall  the transition was smooth.

“It worked straight away,” he said.

“Plugins can make your game unstable sometimes, but we didn’t have any problems with this one. It’s great that the ads are only fifteen seconds and exclusively for other games.”

The studio says that it will continue to update Crossy Road, which has just been released on Android, althought the game’s popularity has ensured that the developers can turn their attentions to other projects using the profits from the hit.