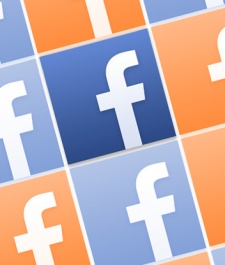 A new forecast from eMarketer predicts that nearly 1 billion users will access Facebook on a mobile phone at least once every month throughout 2015.

Since that figure accounts for more than 70 percent of all Facebook users worldwide, it’s another brick that cements the platform’s dominance across in terms of being the place to acquire mobile users.

On its first day live, the video was pushed to 100 million people across seven countries. Crucially, 70 percent of those viewers watched King’s 15-second video on a mobile device.

It’s common knowledge that mobile has been the proverbial dynamite that has exploded Facebook’s advertising business. In 2013 alone, 45 percent of Facebook’s $7 billion advertising revenue came from mobile ads.

"Facebook has been a leader helping marketers to transition to mobile advertising," said Debra Aho Williamson, eMarketer’s principal analyst, in a statement.

"Because the Facebook experience is basically the same across devices, advertisers don't have to reinvent the wheel to place mobile advertising.

"As Facebook's user base shifts even more heavily toward mobile, it is well positioned to see increasing ad revenues from this channel."

The successes, mistakes and lessons from launching Diggy's Adventure on mobile