Lower ARPU, but lower UA too 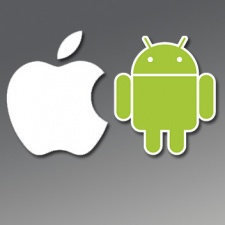 New data provided by user acquisition specialist DAU-UP has suggested that Android is carving an increasingly equitable slice of the profit pie – almost the same size as iOS, in fact.

The company found that Average Revenue Per User (ARPU) for Android games increased from 25 percent of the ARPU of iOS games in Q1 2014, to around 65 percent by Q4.

A key factor in DAU-UP’s data, however, was media costs. It claims that those costs traditionally sit around 20 – 50 percent lower for acquiring users on Android devices.

If that is factored into ROI calculations, DAU-UP argues that the profitability of Android games is now “equal to or sometimes better than iOS games”.

The Tel Aviv-based company says that these stronger Android revenue streams are due to incremental market changes throughout 2014.

These include advancements in the quality of Android as an OS, stronger adoption of the platform in emerging markets, and continued growth of Android smartphones among mid-adopters who constitute the largest spending segment of gamers.

Of course, it’s important to view the data more as a flavour of the market than the entire menu. DAU-UP’s data has been pulled from its customers, including Playtika, Social Point and Plarium, who despite being large company only constitute a small slice of the market.

However, it forms an interesting bellwether nonetheless for trends in the wider industry.

“After years of being the unwanted step child, Android is having its Cinderella moment, as game developers are increasing their Android development resources to meet the growth in Android revenue,” said Idan Nizri, CEO and founder of DAU-UP.

“We’re hearing more and more developers developing games ‘Android First’. I have no doubt that game developers will invest more time, effort and resources in Android in 2015.