Zombie apps are taking over 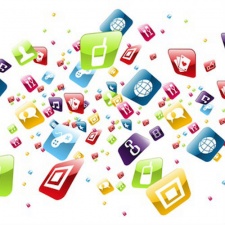 A new report courtesy of mobile attribution and analytics company Adjust has predicted the “death of the App Store.”

The dramatic statement is in fact an allusion to Adjust’s prediction for 2015: the elbow room for visibility in app stores is going to get even tighter in the coming twelve months.

The company’s report shows that the app crush continued across stores throughout 2014.

82.8 percent of all apps in the iOS App Store are “zombie apps”, meaning they do not rank in the top lists and are effectively invisible, up from a comparatively lively 74 percent at the beginning of the year.

Dawn of the dead

“If this trend continues – and nothing indicates it wouldn’t – we’ll see less than a tenth of apps attracting any kind of organic user attention by the end of the year, and those that do gain attention will be apps that already have significant traction,” said Christian Henschel, Adjust CEO, in a statement.

“The App Store, as a source of organic acquisition, has finite capacity. When that’s reached, the App Store will be dead.”

When an app is on the App Store, but invisible to prospective users, adjust refers to it as a “zombie app.”

As the growth rate of mobile apps shows no signs of slowing, marketplaces will become increasingly crowded with only the biggest brands and budgets able to achieve visibility.

Consequently, Adjust says that 2015 will pose the challenge to marketers of how to provide app publishers with the tools required to optimise UA and in-app performance.

Lacking organic discovery, 91% of games and apps on App Store are 'zombies'