Presented to MPs at House of Commons 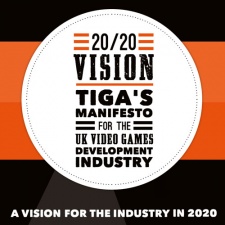 TIGA, the UK trade association which lobbies on behalf of Britain's homegrown games industry, has released its 2015 manifesto for strengthening the sector in the next five years.

TIGA's manifesto refers to a number of areas in which the association can see room for improvement, and proposes new measures with which the UK government could further empower an already booming British industry.

The press, Members of Parliament, and games industry figureheads were all in attendance at the manifesto's launch in the House of Commons, with the following objectives forming the cornerstones of its content:

The proposals for achieving these goals in the next five years, then, are pretty wide-ranging.

They include the Creative Content Fund, which would give developers financial backing to co-fund new ventures, and an Export Tax Relief for encouraging “export-led economic growth.”

Other significant proposals in TIGA's manifesto include pursuing the Office of Fair Trading's Principles for Online and App-based games as a global standard, as well as reforming the EU's prerequisite for a narrative component in games eligible for Creative Europe funding.

“Our proposals are borne from a deep understanding of the challenges games developers, digital publishers and service and education providers face in today’s global, digital videogames market. The achievement of the goals set out in this manifesto will strengthen our industry for years to come.”

Members of Parliament, too, praised the work of TIGA and noted the significance of the coming election: “I am pleased that TIGA has developed this comprehensive set of policy proposals to help the UK games industry to build on the success of Games Tax Relief,” said Luciana Berger MP.

“This is an important contribution as all political parties consider their manifestos for the general election.”

You can read the full Manifesto here (PDF).