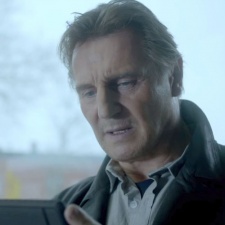 Fans showing up at the University of Phoenix yesterday expecting to watch the Super Bowl instead found themselves for an entire minute watching Supercell.

The big-spender mobile games developer forked out approximately $9 million to project its newest Clash of Clans advert on the Super Bowl big screens and across America - one of the most coveted commercial spots on TV.

Ads played out during the Super Bowl can cost up to $150k per second, and Supercell ratched up the bill even higher with their choice of celebrity endorsement: Liam Neeson.

In the 60-second clip, which you can watch below, the Taken star is seen threatening to seek revenge on another player that is trying to take his gold.

Gaming on smartphones and tablets generated around $25 billion in revenues last year and Clash of Clans is said to be raking in between $1-2 million per day, though reports are varied.

To fund the ad, the chart-dominating game maintained its position as the top-grossing app on both iOS and Android throughout 2014.

However, it wasn't the only company to showcase mobile games during the Super Bowl. Developer MachineZone spent around $4.5 million to advertise its Game of War title with a commercial starring swimsuit model Kate Upton, while uCool spend around $2.5 million advertising its game Heroes Charge.