'Tis the season of award-ies 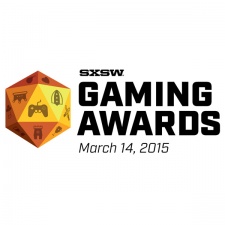 Awards season is officially in full swing, as the finalists for the second annual SXSW Gaming Awards have been officially announced.

On 14 March the Moody Theater in Austin, Texas, will play host to the awards that honour both major studio and indie game titles side-by-side.

A grand total of 21 categories are up for grabs for the 2015 ceremony, from Mobile Game of the Year to Most Anticipated Crowdfunded game.

“It’s fantastic to see the SXSW Gaming Expo continue to get bigger and better each year and to have the Gaming Awards continue to grow along with it,” said Justin Burnham, SXSW Gaming Project Manager.

“We’ve added several new award categories in 2015 and with a diverse list of finalists, from heavy-hitting AAA titles like Middle-earth: Shadow of Mordor to indie stand-outs like Shovel Knight, we’re excited to see who comes out on top!”

The awards ceremony will be hosted by actress and comedian Janet Varney, alongside YouTube personality Markiplier.

Fans are also being given the power to decide the winners in up to 20 of the awards categories via an online voting system.

But without any ado to further, you can read the full list of finalists here and we've listed the specific mobile nominations below.

Mobile Game of the Year

Awarded to the best mobile game that exemplifies excellence.