The non-profit will unite indie studios under one roof 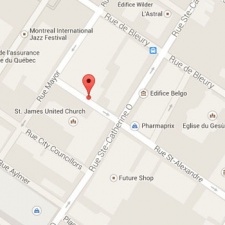 The Montreal games community has today been met with a new co-working space built specifically for game developers.

By encouraging the Montreal games industry to unite under one roof, GPS hopes to promote a spirit of community and cross-pollination of ideas.

The initiative is the lovechild of Execution Labs, Concordia University and Montreal’s indie game scene.

Jason Della Rocca of Execution Labs and the GPS Board’s president heralded the scheme as “a platform to drive the commercial success and sustainability of the [Montreal gaming] community as a whole.”

A local women-in-games initiative, Pixelles, will also be working closely with GamePlay Space in the coming months.

"This project is directly answering the needs of the young and dynamic scene of game developers in need of a collaborative and stimulating space,” he said, “while developing Montreal's expertise in creativity and innovation."

You can find out more details here.