UK video games pour $2.2 billion into the economy each year 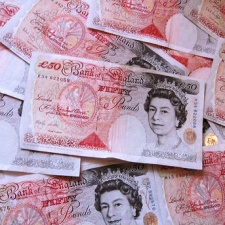 A report from the British Film Institute (BFI) has highlighted the importance of creative screen content, including video games, to the UK economy.

It reveals that over £6 billion is poured into the UK’s coffers every year by the country’s film, TV, video game and animation industries.

Video games makes up a sizeable slice of this profit pie, swelled by successes including the highest-grossing video game series of all-time, Grand Theft Auto.

The report found that across all platforms £639.1 million in gross value added (GVA) was generated by game development alone last year. Publishing UK games, meanwhile, is estimated to have contributed £63.3 million in GVA.

When the BFI added in retail, it found that consumers spent £2.5 billion on games in 2013. Stripping that back to only UK made games, it generated £53 million in GVA in retailer margin.

So including multiplier and spillover effects, the overall GVA contribution for video games amounts to £1.43 billion ($2.2 billion).

“Games development contributed the most in GVA per employee, and these figures, along with our findings from the Nesta-Ukie Map of the UK Games Sector, provide a good benchmark for our fast-growing, innovative, and creative sector.”

“In a global marketplace estimated to be worth more than $100 billion by 2017, we need to ensure we remain competitive as a creative nation. We will reach our full potential if we invest in 21st century skills, continue to support the growth of creative clusters around the country, and support SMEs so they can access new marketplaces.”