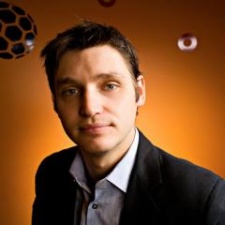 Described as a "rare breed," Vechey left EA in 2014 after fifteen years at the helm of PopCap. He now wants to create games that are about deeper connections between players,

"We live in an increasingly connected world," reads the company press release that was written by Vechey himself.

"With video-conferencing, social media, and online gaming, we can communicate and play with others like never before. However, talking into a phone, sharing a video, or looking at a webcam aren't natural ways of communicating and don't come close to what it is like to sit across the table from someone and share an experience."

While the company is being self-funded for now by Vechey, together the team will focus on crafting virtual reality experiences based around person-to-person communication and collaboration.