SDK fragmentation is a big problem 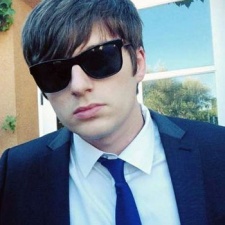 The co-founder of Heyzap, Jude Gomila, has criticised what he terms an industry-wide "vendor overload for mobile applications".

Speaking to PocketGamer.biz at GDC 2015, the entrepeneur said the issue lay in the fact that there are "too many SDKs" available to developers.

"Most people think about mobile from the applications side," he says.

"But they don't think about all the other services that power these applications."

Particularly in the mobile ad space, while the SDK was designed to increase efficiency and monetization for the provider and downloader, the format's popularity is ironically becoming its Achilles Heel.

Gomila explains that SDK fragmentation can cause a number of issues for developers, not least of which interoperability problems where "one function of an SDK can block or break another."

Other problems Gomila highlighted include too much choice, the increasing of app filesizes, and updating issues requiring more app maintenance.

"I don't think the issue is going to go away super soon but there is some light at the end of the tunnel," he says.

"Mediation as a movement in the market allows app developers to pull their various advertising SDKs together."

Heyzap itself has over 12,000 apps that run its mediation service, and is trying to solve the app fragmentation issue by "taking multiple SDKs into one integration experience."

Ad tech SDK integration woes and how to solve them