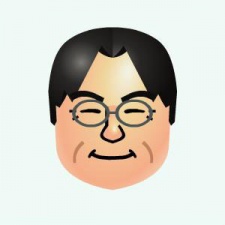 Back in the early 2000s, it discussed a deal with Nokia that would have resulted in a Nintendo phone.

Similarly, Nintendo CEO Satoru Iwata was an early adopter of the iPhone.

Yet, while the company was still riding a high thanks to the success of its Wii and DS hardware, it wasn't clear that a move into the then nascent mobile games market would make much sense.

In that regard, it's the recent failure of the Wii U and relative failure of 3DS combined with the billion-dollar revenues generated by games such as GungHo Online's Puzzle & Dragons that's resulted in constant pressure on Iwata, especially from Nintendo shareholders, to seriously considered "going mobile".

It's a move that in public at least he's been steadfast in rejecting, until now...

Yet as he revealed in today's announcement, Nintendo has been talking to Japanese mobile gaming company DeNA since 2010.

Back then, DeNA was one of the most profitable games companies in the world. In FY2010, it saw annual sales double to $1.4 billion and revenues continued to rise until they hit a peak of $2 billion in FY2012.

Nintendo has been talking to DeNA since 2010.

Since then, however, like Nintendo, the company has been hit by the rise of smartphone gaming in Japan. Previously DeNA's sales were generated by mobile browser games.

Again, GungHo Online's Puzzle & Dragons effectively ate DeNA (and its rival GREE's) business. At one point in 2014, the game was sucking up 50 percent of every Yen spend on mobile games.

In this context, then, an alliance between Nintendo and DeNA could be considered akin to two drunk men leaning on each other for support.

Both generate billions of dollars of annual revenue.

As for Iwata's u-turn on the subject of mobile games, he put a brave face on the situation, addressing it indirectly, saying "I think that for most of you here today, our alliance may have been unexpected".

Despite this, he was at pains to stress that despite adopting mobile games, Nintendo's premium vision for gaming remains undimmed.

So, while blaming the failure of the transition from Nintendo DS to Nintendo 3DS and from Wii to Wii U on "the era of the super strong yen", he pointed to "an unprecedented thing in the history of the Japanese video game market".

This was the fact that five titles for Nintendo 3DS sold more than two million copies each in the latter six-month period of 2014 in Japan.

Self-servicing arguments which ignore some serious issues impacting Nintendo's business, nevertheless, on this basis, Iwata argued that dedicated video game hardware continues to be a valuable market "even after smart devices have become widespread in this country", adding:

Now that we have decided how we will make use of smart devices, we have come to hold an even stronger passion for the dedicated video game system business.

"We recognize that our business model of producing both video game hardware and software is effective even today, and we do not share this pessimistic view of the future for dedicated video game systems."

Indeed, going even further in his defence of dedicated hardware, Iwata revealed that Nintendo is working on its next generation device - NX - which will be announced in 2016.

"Now that we have decided how we will make use of smart devices, we have come to hold an even stronger passion and vision for the dedicated video game system business than ever before," he said.

And in conjunction with this move, Nintendo will now be utilizing smart devices "aggressively".

This means that "potentially, any Nintendo IP could be used in our smart device software", and the games Nintendo makes with DeNA will be original games, not ports of existing content.

Iwata believes the result of this approach - which includes DeNA operating a new online membership service that will support Wii U, 3DS, NX, mobile devices and PC - will be able to generate syngeries as Nintendo will have access to large new global audiences; something it can further monetise through its own hardware.

"We are challenging ourselves to redefine what 'Nintendo platforms' mean," he stated.

"For the consumers who are connected with Nintendo through smart devices and interested in Nintendo's IP, we would like to provide even more premium gameplay experiences on Nintendo's dedicated game platforms.

"By taking this approach, we firmly believe that doing business on smart devices will not shrink our dedicated video game system business and will instead create new demand as this broader reach will enable us to provide consumers around the world with more opportunities to experience the appeal of Nintendo IP, and instead of trying to seize the other's demand, dedicated video game systems and smart devices will benefit from the synergies created between them."

That is the new vision.