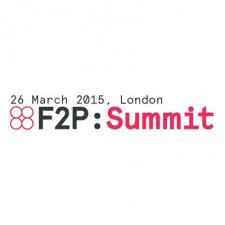 The F2P Summit, a one-day conference and networking event in London, has unveiled the line-up of free-to-play experts due to speak on 26 March.

Former King man Tommy Palm will be delivering the keynote presentation to kick things off, as we already know, but he isn't the only speaker with considerable game development pedigree on the schedule.

Tim Campbell, current VP of Gameforge and formerly of THQ, Atari, and Sega-Sammy, will be sharing the lessons from his days in console game development, and discussing their application in the world of free-to-play.

Steve Stopps of Lumo Developments, the team behind Lumo Deliveries, will be talking F2P on a budget, while former Zynga UK GM and JiggeryPokery co-founder Matthew Wiggins will be sharing the insights and pitfalls of an F2P startup.

There are plenty of other speakers, too, including Barry Meade from Fireproof Studios, Rich Earl from Bossa Studios, and many more.

The full programme, along with details of how to get involved, can be found on the F2P Summit website.

Get 10% off a ticket to Develop:VR on November 9th with our discount code

Develop:VR reveals keynote and first round of speakers for next event on November 9th