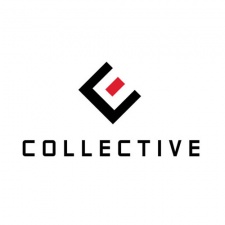 Square Enix is expanding Collective, its indie support platform that helps small teams to fund, build and self-publish their games.

Whatever feedback developers receive, and whatever help they may need, a core principle of the Collective is that developers will always retain IP and complete creative control of their projects.

To-date, Collective has published approximately 40 pitches for its professional community to provide feedback on, and has helped teams raise over $300,000 in funding through Kickstarter.

“When we first launched Collective a year ago, it was an experimental platform – as such we wanted to maintain as much consistency as possible in order to be able to properly evaluate what worked, and what didn’t work so well,” the platform’s creator and project lead, Phil Elliott, told PocketGamer.biz.

“By focusing on PC projects initially, we knew we could rely on a stable technology base, a strong indie gaming community and great platforms such as Steam, Gamersgate, etc.

Investments of up to $250,000 will be offered to teams on a case-by-case basis

"But now the Collective platform’s more established, we’re confident that it’s a good time to open it up further and be more inclusive.”

In a new update, Collective will also give developers the chance to receive direct investment in to their projects as an alternative to crowdfunding, which the platform has supported since its launch last year.

Investments of up to $250,000 will be offered to teams on a case-by-case basis by Square Enix, depending on the nature and size of the project.

The development comes after developer feedback that crowdfunding is too “volatile,” but Elliott believes crowdfunding still has a place even though it can be a “very tough process emotionally to go through”'.

He argues that for games with deeper, non-traditional experiences, crowdfunding is “a great route to getting development funded in terms of retaining IP, creative control and the vast majority of sales revenue – not to mention the chance to get valuable feedback from would-be customers.

“So for any team looking at it, it’s a case of understanding the level of risk vs reward that you’re comfortable with, and, frankly, have a back-up plan in case it doesn’t work out.”