But what comes next? 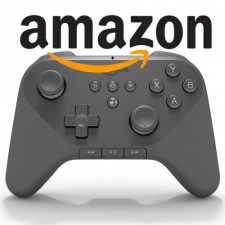 2014 saw German PC developer Crytek wrestling with serious financial issues, which were abated when it secured a major licensing deal with a mystery company.

Now it’s been revealed that the agreement was forged with Amazon over CryEngine, Crytek’s powerful proprietary toolset that has been used in the development of its entire games catalogue.

While the agreed figure remains unconfirmed – rumours are floating somewhere between the $50 and $70 million mark – Kotaku cites “four people familiar with the deal” that say the cash injection was potent enough to help Crytek stay afloat.

Scratch your back, scratch mine

What Amazon intends to do with CryEngine is also unclear.

It may have plans to use the engine in developing its own games library, or more strategically it may be thinking about seeding the wider industry and making access to the technology free to developers who make games for Amazon devices.

What is certain is this is the latest in a string of strategic moves that are taking Amazon further across the gaming chess board.

It was rumoured to have made a $600 million move on Chinese engine Cocos2d-x in 2014 - which was rejected - although during 2014 Amazon did acquired Twitch for $970 million, purchased development studio Double Helix, and launched Android-based hardware Amazon Fire TV.

This latest deal suggests Amazon has no plans to slow down in 2015.