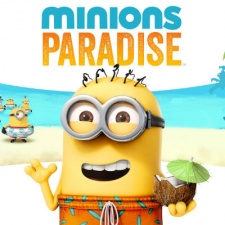 Electronic Arts is letting the ink dry on a multi-title partnership deal that will allow it to create mobile games using characters from filmmaking company Illumination Entertainment.

As the masterminds behind Despicable Me, Illumination are letting loose their minions on EA for the first game of the collaboration, Minions Paradise, which will launch with new animated film in the summer.

It’s a blow to Gameloft, who for two years has successfully held the license for the franchise.

Its game, Despicable Me: Minion Rush, celebrated half a billion downloads last month and the accolade of “highest downloaded licensed game in the world across the App Store and Google Play” in 2014.

Clearly EA is hoping to siphon off some of this success, with executive VP of EA mobile Frank Gibeau saying “This incredible partnership will help us bring players an unforgettable way to build the ultimate playground for their Minions, with an engaging story and deep and varied gameplay.”

“Minions Paradise is a great way to start our new partnership with EA,” added Illumination CEO and founder Chis Meledandri.

"We look forward to sharing the game with fans all over the world this summer.”

The game will launch this year and introduces a brand new Minion character called Phil who players can navigate through their own “tropical Minion Utopia.”

Over half of gamers prefer spending on brands "with a purpose", finds Gameloft