Over 3,000 apps available for Apple Watch, but games not yet key 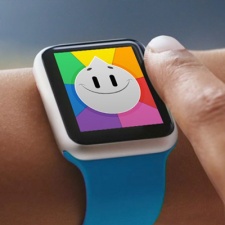 Just days after its release, Apple Watch is still making quite the splash.

And for devs wanting to ride the wave of interest in the shiny new smartwatch, App Annie has some advice.

A new blog post reveals that on 22 April there were 3,061 apps developed for the Apple Watch, meaning there’s a huge opportunity to get in there early before the space becomes crowded.

“Be one among thousands, instead of one among millions,” App Annie advises, referring to the fact that the market has not yet been clogged up with an overwhelming influx of apps.

The analyst firm also revealed that Utility is the category currently boasting the largest amount of apps at 373 - that is, 12 percent.

Interestingly, whereas Health, Fitness and Lifestyle dominate Android-based wearables, they came in in fourth place for the Apple Watch.

Catalogs, books, weather, medical and photo and video were the least developed category.

App Annie advised developers to include the word “Watch” in apps that they develop for the store, as around 10 percent of current offerings do.

“Users only take a few seconds to evaluate if your app is worth downloading,” they said, “so making it ridiculously easy to tell your app is Apple Watch-optimized could go a long way to improving your downloads.”

data.ai: Roblox was the most searched game on the App Store in 2021