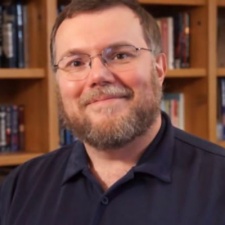 Having made 22 games in 22 years, Jeff Vogel is one of the industry’s original indie developers. He’s also just wiped his games from the App Store – and the decision was no whim of fancy.

In an interview with GamesBeat, Vogel has opened up about why as a successful RPG developer he decided to leave iOS.

“The most important thing to realize about Apple products is that they are designed to become obsolete fairly quickly. Apple engineers constantly change up the hardware and software,” he says.

"Sometimes, these changes lead to better devices and software. Other times, it’s just obnoxiousness with no gain for developers or users. It’s just something you learn to live with, until you give up.”

The problem, Vogel believes, is that Apple doesn’t care. With hundreds of new games flooding iOS each day, the platform doesn’t have much of a shortage of development talent.

Indeed, he states: "Apple would be ecstatic if 90 percent of game developers disappeared overnight".

The last straw came when he launched Avernum 2, which was developed and tested on iOS 8.2. A few days before its release, iOS 8.3 was launched and triggered a string of catastrophic breakages.

“I couldn’t find a way to work around the problem, and, even if I did, I couldn’t release the game in good conscience. For all I knew, 8.4 would break everything, or 8.5, and I couldn’t be sure that I could always fix the code, as Apple is determined to make me use entirely new code.”

“So I’d need to get a whole new game engine. It’d take weeks to find it, learn it, port the game, and get it tested. The likely sales didn’t justify the effort and hassle. Remember, I’m competing against 500 new titles a day. So I gave out.”

Still, Apple is rolling forward with yet another set of record-breaking financials. Particularly in China, the company is enticing wave after wave of new talent by pouring nearly $2.5 billion into local developers.
Meanwhile, Vogel believes that he’s not alone in being pushed out of iOS.

“I suspect a lot of developers have disappeared over the last few years. They just didn’t get noticed like I did.”