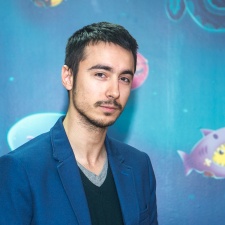 The Serbia-based Eipix Entertainment has made its name in the hidden object puzzle genre, releasing dozens of games through its publishing partner Big Fish Games.

However, for the past two years the studio has been taking strides into an uncharted territory: developing and refining a free-to-play game for the mobile marketplace.

Said game is Free the Witch, a match-3 puzzler soon headed for soft launch in Canada that's been through a number of tweaks and redesigns since its original conception.

Speaking at the Reboot Develop 2015 conference in Croatia, Eipix CEO Mirko Topalski shone a light on this process by showing off footage from seven iterations of Free the Witch, from the prototype right through to the nearly finished product.

“There are a bunch of resources on free-to-play games out there, like books being written and super-successful people talking at conferences,” said Topalski.

“So I decided to do something else instead and choose something I have seen very rarely in the industry, and that's to actually show you how development looks from behind the scenes.”

“It's not a presentation where I will be saying 'do this' or 'don't do that'... it will just be our experience, so take a look and try to figure something out.”

Topalski went on to briefly discuss the background to Free the Witch.

Having been a firm accustomed to “the old business model” of premium games, Eipix approached its first F2P game as one that it absolutely needed to get right - hence the two-year development period.

“Yeah, that sounds horrible: two years for a match-3 game? But it only took two years of time because the team was growing, in man hours it's really much less,” he said.

Yeah, that sounds horrible: two years for a match-3 game.

As well as a growing team, the aforementioned seven iterations of Free the Witch also go some way to accounting for the two-year development duration, and that was largely due to adding features which would go on to be stripped away.

“Probably, when you start making a free-to-play game, the first thing a publisher, or an investor, or a team member is going to ask you is, 'okay, what's our unique thing? Why are we different?'”

“I'm not really sure that's necessarily the right way to do it because, as you'll see, that question actually caused us a whole bunch of troubles.”

The first iteration of the game showed all the issues you'd expect of what was essentially a prototype: inelegantly-delivered back story, characters designs to which the public reacted negatively, and poor optimisation which resulted in obtrusive loading screens.

From the first to the seventh iteration, things become more polished as you'd expect. But what was more interesting was the number of features that were added and subsequently dropped along the way, in the struggle to balance uniqueness and accessibility.

The first was a mini-game that would have you swatting flies in between every handful of match-3 stages - an addition described by Topalski as “very unnecessary” and providing “no added value,” and thus was promptly scrapped.

“You should put this stuff into the game only if you have a very clear vision of what it's going to add,” he reflects. He's keen to stress throughout that he wants the audience to draw its own conclusions, but you get the impression that this was his salient point.

“I think that game development should be a subtractive thing, not an additive thing,” he adds.

“The secondary mechanic” remained an important yet elusive goal for Topalski and his team, as they went from basic fly-swatting mini-game, to a Tiny Tower-esque system for combining resources and making boosters.

If you want to make a F2P game ... you must have the ability to throw away great stuff - great ideas, great art ... and move on.

“In our focus groups, nobody ever clicked on that part of the map, nobody would go there and nobody would try to make these boosters,” he explained.

At this point in the talk, Topalski began to talk about the team's lead artist leaving Eipix halfway through development of Free the Witch, a testament to the strain that this subtractive approach can put on people.

“And so there's a suggestion right there: if you want to make a free-to-play game, talk to your team members and be like, 'guys, you must have the ability to throw away great stuff, great ideas, great art, you have to be able to throw it away and move on'... that's just the way free-to-play is.”

Free the Witch, then, underwent a radical shift in art style after this team member's departure, and the idea of the secondary mechanic was streamlined to the extent that it no longer felt like a bolted-on extra nobody would play.

And Topalski was confident to display the 7th and final iteration of the game.

“A lot of experience has been accumulated through these tries, and I'm going to show you what we feel is going to, in a month from now, give us day 1, day 7, day 30 retention metrics that we believe are going to be great.”

“I'm confident that this story has a happy ending.”

Free the Witch will soon be soft launching in Canada, and is due to hit the worldwide market in around 1-2 months.