Bows to implications of third place 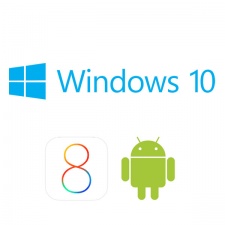 Announced at its Build 10 conference in San Francisco, Microsoft has made the process of porting Android and iOS code to its forthcoming Windows 10 platform as easy as possible.

It's stated it will be possible to reuse "nearly all" Java and C++ code from Android apps and similarly for Objective-C iOS code using tools within Visual Studio.

It's a move that should ensure the under served Window Phone platform gains more content.

More important, however, in terms of encouraging developer to port their games will be the issue of whether Windows Phone has a sufficient install base to generate meaningful revenues.

In that context, perhaps the move is more interesting for app developers.

Also Microsoft hasn't yet explained the edge cases of its "nearly all" statement.

Such technicalities bedeviled a similar approach from BlackBerry when it also attempted to support Android apps within BlackBerry 10.