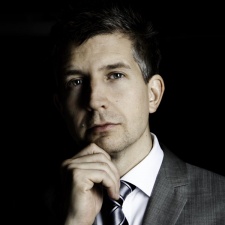 The company has gathered a wealth of industry talent from veterans of triple-A, F2P and mass market games, as well as hardware and production experts.

The founding team is spearheaded by Palm who stands as co-founder, CEO and resident “VR Guru.”

Palm will be joined by Måns Ullerstam as COO of Resolution Games. His 1999 company Picofun was behind the first mobile game to ever breach one million users, Lifestylers.

The CTO position will be filed by veteran game developer Martin Vilcans, who has over 30 years’ experience in the industry working with the likes of Goo Technologies, Digital Legends Entertainment, and Jadestone Group.

Olof Hagelin of Candy Crush Soda Saga and Syndicate fame is taking up the mantle of technical artist, while Carl Arvid Ewerbring will be developer and researcher.

“VR hardware and games are a lot closer than people think. They can create an unprecedented feeling of presence, immersion and a sense of separation from the outside world, which provides a great foundation for making games that can quickly help players feel relaxed and take some time off from their busy lives,” said Palm in a statement.

“We are confident that the veteran team at Resolution Games will be key in helping drive initial games concepts that truly kick things off for the industry and take gameplay within virtual worlds to the next level, showing how wonderful these devices can be for games.”

In addition to its staff, Resolution has announced its board.

It will also have a board of advisors including VC Paul Bragiel and games industry marketing communications veteran, Paul Brady.