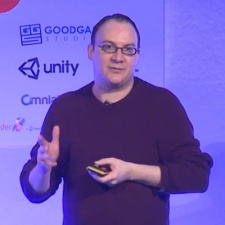 At Pocket Gamer Connects London 2015, Raf Keustermans, the CEO of social casino developer Plumbee provided a 15 minute overview of how the $3 billion market is changing.

Previously, the key platform for the sector, which consists of slots, bingo and poker games, was Facebook.

Now, however, the shift to mobile is happening fast.

Keustermans says the reason for this delay is that social casino players are typically much older than other mobile gamers. The average age for a player of Plumbee's games is 52, for example.

"There was more inertia for this audience to move to mobile," he explains.

Another structural difference in the market is the dominance of traditional casino companies such as Caesars, which owns Playtika, and IGT, which owns DoubleDown.

There are some familiar names, however, such as Zynga, which successfully operates its Zynga Poker game, and Big Fish (Big Fish Casino), which is now owned by racetrack owner Churchill Downs.

Also similar is the growing cost of operating in the market.

Keustermans reckons the average cost of developing a social casino game is now $2 million, and it requires a marketing budget of $10 million for launch too.

Turn your game's virtual items into real cash with FabZat