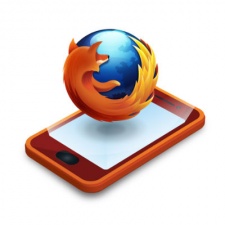 Mozilla has announced that all Firefox OS developers can now enjoy free app promotion through Tappx, an open cross-promotion community for apps.

Similar to Chartboost, Tappx is essentially an ad exchange purely for app developers.

“You embed other app ads into your content,” explains a Mozilla blog post announcing the news, “and likewise your app will be advertised within other apps. You scratch my app and I’ll scratch yours.”

More than 3,000 developers are currently signed up to use Tappx, where they are able to promote their apps and increase downloads for no extra cost.

The system runs on a collaborative sharing economy that sees members host advertising on each other’s apps. “Tappix credits” are earned whenever a developers advertises another member’s app, which they can then use to launch free promotional campaigns across the globe.

“We are always looking for ways to help our developers find new markets for their products,” said Mozilla’s director of marketplace and ecosystem, Bertrand Neveux.

“App promotion can be both complex and costly. Enabling our Firefox OS developer community to advertise their apps for free via Tappx will help them to focus their time and budget on creating great mobile content.”