Checking out the Russian dev scene 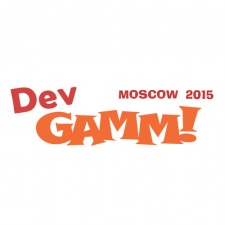 The international conference for game developers and publishers DevGAMM Moscow 2015 will be held in Moscow on May 15-16.

Over 1,500 game industry professionals from all over the world will gather at Radisson Slavyanskaya Hotel.

This time 95% of sessions at DevGAMM Moscow 2015 will be dedicated to development, art, game design, programming, sound design, postmortems and porting to all kinds of platforms (Xbox, PlayStation, Wii U, Steam, Facebook, etc.).

One of the most anticipated events of the conference is an exclusive Russian premiere of GameLoading: Rise of the Indies, the feature documentary exploring the world of indie game developers, which will take place at 6.30 p.m. on May 15th in the Conference Hall.

DevGAMM Moscow 2015 will provide developers with a traditional set of opportunities. Meet 20 publishers during one hour and show them your game at Speed Game Dating.

Showcase your game for free at GAMM:Play Showcase and still be able to visit lectures and have fun. Submit a game to win the contest and get valuable prizes at the DevGAMM Awards.

Parties and networking are a part of what makes the conference so useful. Casual atmosphere provides for establishing business connections, finding new partners and sometimes even assembling a dream team.

The conference is organized by Renatus Media, LLC.