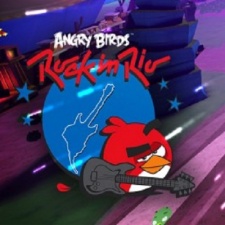 With an industry that moves as fast as this one, a year is a long time.

It now appears that gag was more prescient than we could have imagined, with Rovio revealing a virtual-reality Angry Birds experience for Samsung's Gear VR platform.

So far, we know that the game is being developed by Rovio and the Brazil-based Imgnation Studios, but otherwise details are few and far-between.

Rovio's unveiling of the game at the recent Rock in Rio festival reportedly allowed VIPs to try out Angry Birds in VR for themselves, although it was observed that some in-game architecture was specifically based upon the venue - leading to questions whether this was a one-off or merely a slice of something larger.

Whether this represents Rovio dipping its toe in the VR waters or immersing itself fully is as yet unknown, but the firm is certainly entertaining the idea more seriously than it was last April.