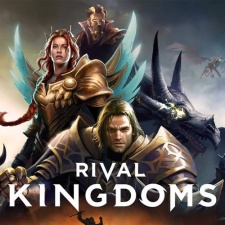 Less than a week after its launch on iOS, Rival Kingdoms: Age of Ruin has sprinted past the one million downloads milestone.

A blistering quarter of a million of those downloads were made in the game’s debut weekend alone, largely thanks to an Editor’s Choice feature on the App Store.

YouTube “let’s play” videos have alo gained as many as 120,000 views over the past few days.

“We’ve spent a lot of time exploring why players love the strategy genre so much, and we’ve seen fantastic reviews come in, with the game achieving over 2,000 reviews clocking in at four point six stars.

“We wanted to build a game that can scratch the gaming itch at a bus stop or checkout queue, but also offer hours of base development, alliance building and combat, with great music, better-developed characters and narrative and beautiful graphics using the latest version of Unity, with support for Apple's Metal Graphics."

The studio’s first game, Samurai Siege, netted over $20 million in revenue and 10 million downloads in just over a year.

Rival Kingdoms: Age of Ruin looks set to follow in its predecessor’s footsteps.