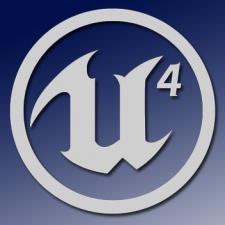 Get Set Games, the Toronto-based studio behind Mega Jump and Mega Run, has revealed its next entry into the popular series - Mega Blast.

Mega Blast is not only the firm's first 3D mobile game, but also its first to be developed using Epic's Unreal Engine 4, which earlier this year abandoned its price tag for developers in favour of a royalty system.

This is an arrangement with which both parties appear to be very satisfied, with Get Set Games today receiving an $18,000 Unreal Dev Grant for its outstanding use of the engine.

“Mega Blast is our first 3D mobile game, and Unreal Engine 4 has allowed us to make that transition with ease,” said Derek van Vliet, Get Set Games' co-founder and Development Director.

“Having free access to the full source of the engine has been invaluable for debugging, extending our toolchain and optimizing Mega Blast for devices. The result is a game that we are extremely proud of.”

Ray Davis, the General Manager of Unreal Engine, was equally keen to heap praise upon the team at Get Set Games and the high quality of Mega Blast.

“It’s incredibly rewarding to see a team we admire pick up Unreal Engine 4, create a great game, and be a positive force in our community,” he said.

“We’re particularly impressed with the level of polish Get Set Games have achieved in a short span of time, and we hope the grant helps them cross the finish line even more easily and get Mega Blast onto mobile devices everywhere.”