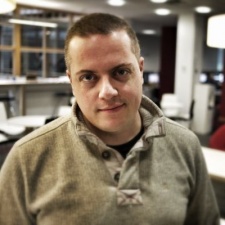 The failure of big name developers to support smaller studios has the potential to stymie the games industry as a whole, according to Phil Elliott of Square Enix.

Speaking at the Nordic Game 2015 conference about the company’s attempts to support growing companies via the Square Enix Collective, Elliott said, “if we as an industry aren’t supporting new talent and ideas, then that probably isn’t good for us.”

Discussing the collective’s efforts to support indie developers since it opened for submissions earlier this year, Elliott outlined why Square Enix is putting the work in to reach out from the triple-A towers.

“The whole industry benefits from new ideas” he said.

“Triple-A is great, but there isn’t a lot of risk. It is very hard to risk on hundreds of millions of dollars…the emotional stuff I’m getting is from Papers, Please and not the bigger stuff.”

To support new ideas, Elliott announced that the Collective has supported 36 pitches from across the world since the programme started and used feedback from their community to identify projects that could potentially succeed when crowdfunded.

“It was the worst six weeks of my life”

However, despite successfully backing Kickstarter projects for new games such as Haylcon 6 and Goetia, the failure of the first game the collective rubber stamped to achieve their funding goal scarred Elliott.

Referring to the failure of World War Machine to reach 30% of its £50,000 target and the post mortem afterwards, Elliott said, “It was the worst six weeks of my life”.

But he shared the lessons they learned from that failure, emphasising how important it is for anyone attempting to Kickstart a game to build a strong mailing list, make the most of the launch and reach out to the right members of the press to give yourself a fighting chance.