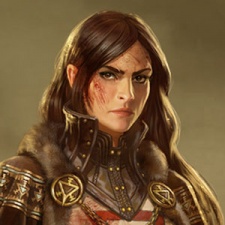 Los Angeles-based mobile publisher Scopely has announced it's partnering up with Digit Game Studios in a multi-game publishing deal.

Formed in 2012, the Dublin-based developer is Ireland’s largest games developer, has to-date has released one cross-platform strategy game Kings of the Realm (character pictured).

Scopely has confirmed as part of the deal it’s made a multi-million dollar investment in Digit Game.

The publisher raised £35 million in late 2014 to fuel its ambitious plans for closely coupled development and publishing deals.

The partnership aims to combine the studio’s development experience in strategy games with Scopely’s past successes in launching chart-topping casual community games on the App Store and Google Play.

“We've gotten to know many well-known publishers and chose to work with Scopely because we believe they give us the best chance to build the games we aspire to make and turn them into huge commercial successes,” said Richard Barnwell, founder and CEO, Digit Game Studios.

“Partnering with Scopely enables us to quickly grow our team and focus on building incredible strategy games with the confidence that Scopely can bring them to a large audience.

"Currently, we’re adding new features to Kings of the Realm and scaling up our studio to launch an all-new title together, with iconic, world-leading AAA IP, that we feel has a chance to be huge.”