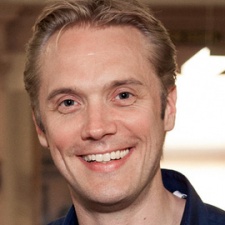 The time to start unveiling the track content for our unmissable first PG Connects San Francisco 2015 conference on July 7-8 has come.

East Meets West will act as a meeting point for the most important ideas in the mobile gaming industry today, exploring the hottest trends on all of mobile gaming’s frontiers.

In the morning, we’ll explore some universal global issues that could affect all developers including the investment climate, differentiating free to play games and the potential of eSports, before delving into the world of licensing and IP with brand holders and game makers such as Glu, EA, Disney, CAA, Animoca and Kabam.

And in the afternoon, we’ll turn our focus to the biggest markets in the East and how to make a splash in the most profitable (and competitive) regions such as China, Korea and Japan as well as the up and coming SE Asian markets.

Plus speakers from: Glu, EA, Disney, Tencent, CAA, Roadhouse, TinyCo, Chukong, Oxford Capital, EEDAR, Reliance, Netease and many we'll be announcing over the next few weeks.

And that really is just the start.

We have dedicated tracks for Indie developers (Indie Survival Guide), the UA and Advertising industry (Enquire, Engage, Monetise), a look ahead to the frontier of technologies and trends in our FutureWatch and Bonus Level Tracks (looking at smartwatches and VR among others) plus the Big Indie Pitch, indie developer showcase and networking facilitated by our pitch and match networking and evening drinks events.

Want to join the hundreds already confirmed?  You're in luck: Mid Term tickets are still available.