Reloading for another run 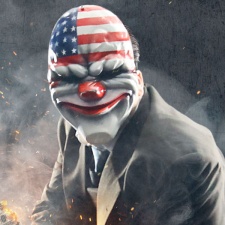 There have been many attempts to translate the success of first-person shooters on PC and console to mobile.

The latest company to take up the challenge is Swedish developer Starbreeze, which is bringing its Payday licence to touchscreen devices.

The cooperative first-person shooter has over 9 million players on PC, PlayStation 3 and Xbox 360.

To ensure it has the highest chance of success, it's partnered up with UberStrike developer Cmune, also investing $1.4 million for a 6.3 percent stake in the China-based outfit.

What's interesting about this move, however, is that while UberStrike was a big success on Facebook, Cmune's first mobile shooter Bullet Rush failed to dent the charts, either download or grossing.

"We see Cmune as a long-term partner and are very happy to join other notable partners as investors in the company." said Bo Andersson Klint, Starbreeze's CEO.

"We're used to seeing Payday in a cooperative setting, and are really excited to explore how Payday can evolve onto new platforms and see what we can do with competitive gameplay on mobile."