Mobile outings for Fallout and The Elder Scrolls 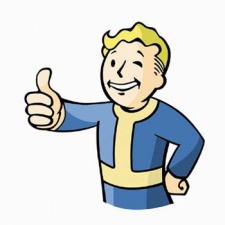 While the focus of E3 is still overwhelmingly fixed on  console gaming, mobile is beginning to play an increasingly significant role in the press conferences.

Case in point is US publisher Bethesda, whose streamed event revealed:

For a firm that had until now never released a mobile game, the on-stage reveal that Fallout Shelter was to be released on the App Store in a matter of mere hours was a significant one.

Fallout Shelter, out now, is a resource management game in the series' characteristically vintage style.

Further tying into Fallout 4, the firm's marquee PC and console title, was the reveal of a mobile companion app which acts as a second-screen interface for the Pip-Boy - a kind of massive, bulky proto-smartwatch that's become an iconic staple of the series.

For those extra committed (and strong-wristed) fans, a $120 Pip-Boy Edition of the game will come with an authentic replica of the chunky device, into which you can place your smartphone running the app.

The iPad and PC offshoot of the RPG franchise is a high-profile Hearthstone rival if there ever was one.

This trio of announcements shows Bethesda acknowledging the importance of mobile, and the role it has to play in its ongoing strategy.

Furthermore, for a company as resolutely PC and console focused as Bethesda to embrace mobile could well be indicative of what we can expect to see from the rest of the conferences - could it be the most mobile-friendly E3 yet?