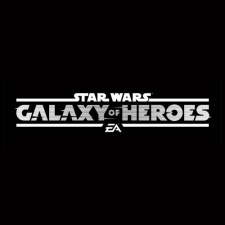 It looks like there will be a galactic clash between EA and Kabam later in 2015 as both companies launch Star Wars licensed mobile games.

A couple of weeks ago, we heard about Star Wars: Uprising, which is Kabam's all-singing all-dancing RPG.

And now EA has announced its card-collection game Star Wars: Galaxy of Heroes.

In keeping with the collection element of the genre, Galaxy of Heroes isn't limited in time and space, but will let players build their decks with characters and ships from the various films as well as the Star Wars Rebels and Star Wars: The Clone Wars animated TV shows.

The game is being developed at EA's mobile-focused Capital Games studio in Sacramento, CA, which also developed the CCG-inspired Heroes of Dragon Age.

"We have a great partnership with the talented folks at Lucasfilm and Disney Interactive," Salera added.

"It is that collaboration that has enabled us to deliver a unique mobile experience that brings the vastness of the epic Star Wars franchise into the palm of your hand, available later this year on the App Store and Google Play."